Changing the oil and oil filter on the E38 is pretty straight-forward, but there are a few things that can make it awkward - so here we go. Front of the car up on ramps, cardboard down just in case of spills and a big oil-catcher ready: 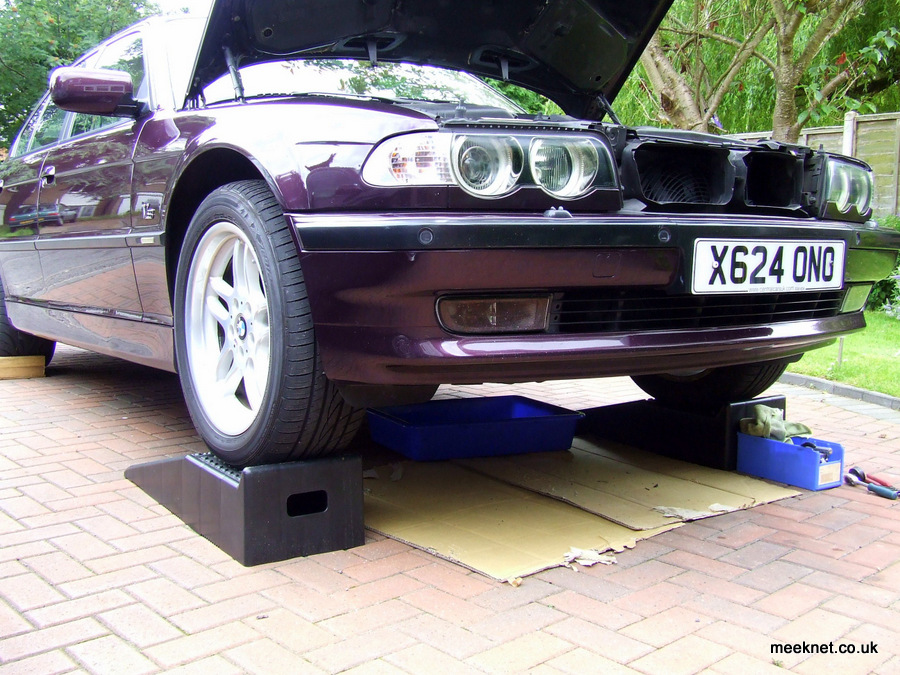 The oil pan is covered by a hinged cover which is retained by two half-turn fixings with a Phillips head. Turn both by a half-turn: 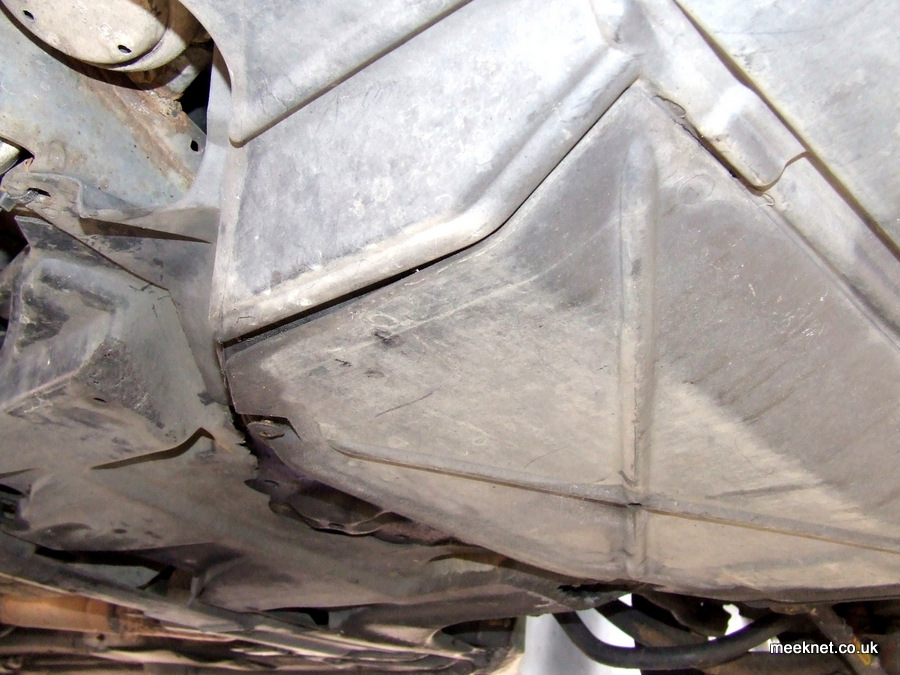 It will hinge forward, you need to move it past the vertical and it will release from the front: 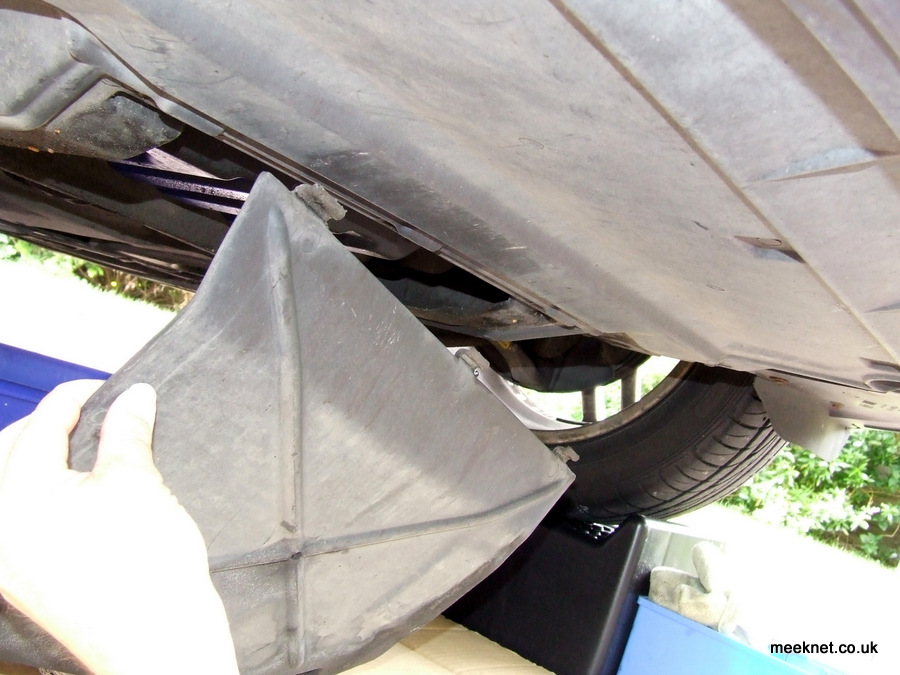 Get your oil tray in position and use a 17mm socket to release the drain plug. These can be quite tight (although they don't need to be), so use an extension rather than heaving too hard on the wrench. 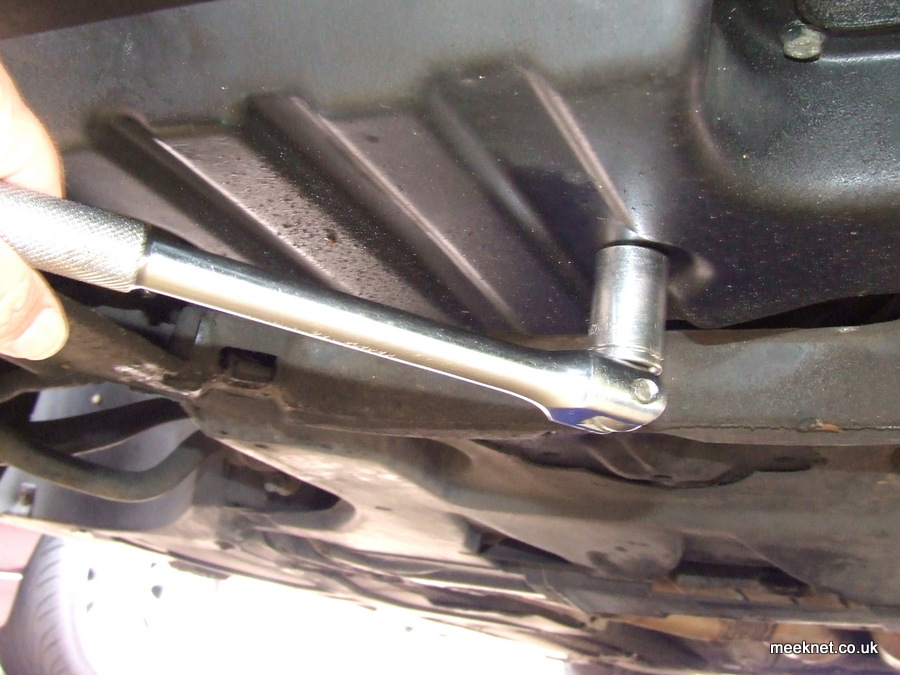 Once the plug is moving, turn the socket wrench clockwise and anti-clockwise until oil works its way into the thread and it is easy to move by hand - you don't want the plug coming undone while you still have the socket on it. 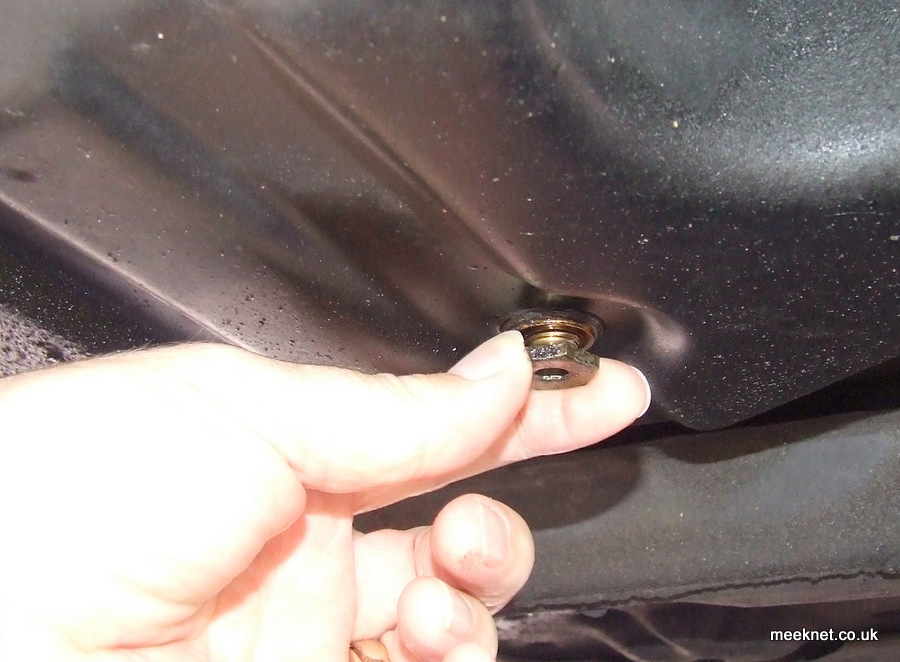 Once the plug is free to turn make sure the tray is in the right place, keep upwards pressure on it and when at the end of the thread whip it out of the way and let the oil out: 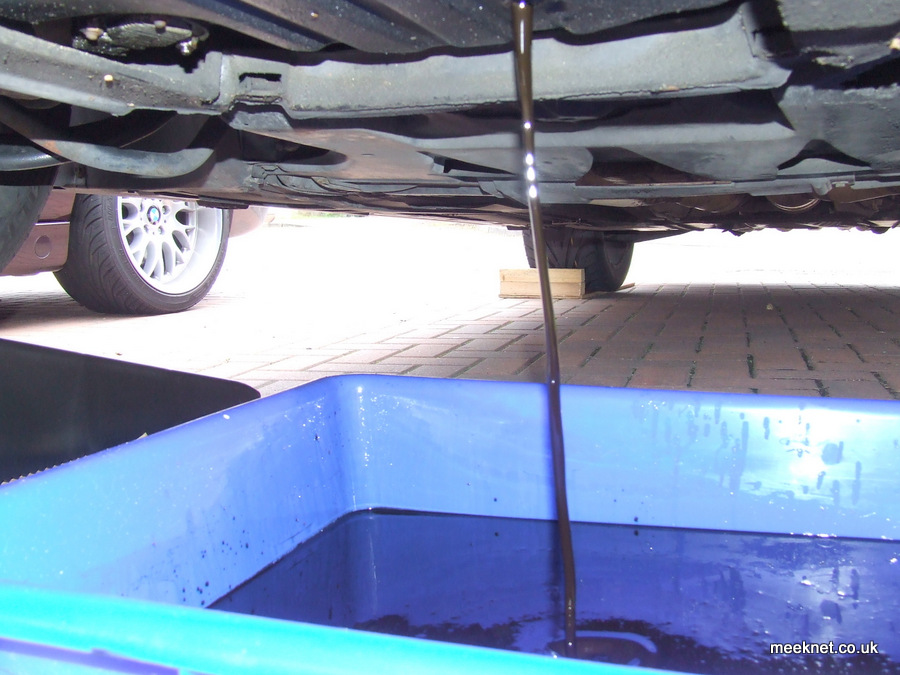 It's a bit windy today so a large tray is needed - once the oil is flowing move to the top of the engine. The oil filter canister has a 36mm hex fitting, the sockets are available from Ebay for a fiver or so. I have used other tools to get it off successfully but needed the socket for the Mini (plus a two-foot breaker bar) so I had it to hand. Note: The canister is fitted to the bracket via two ant-vibration fixings. Unless you hold the canister it is possible these will tear - make sure the effort to remove the lid is countered by your other hand rather than against the fixings. When the lid is loosened it lifts the filter at the same time - this opens the drain valve and the oil will drain from the housing. So, open it slowly and allow the oil to drain as the lid raises: 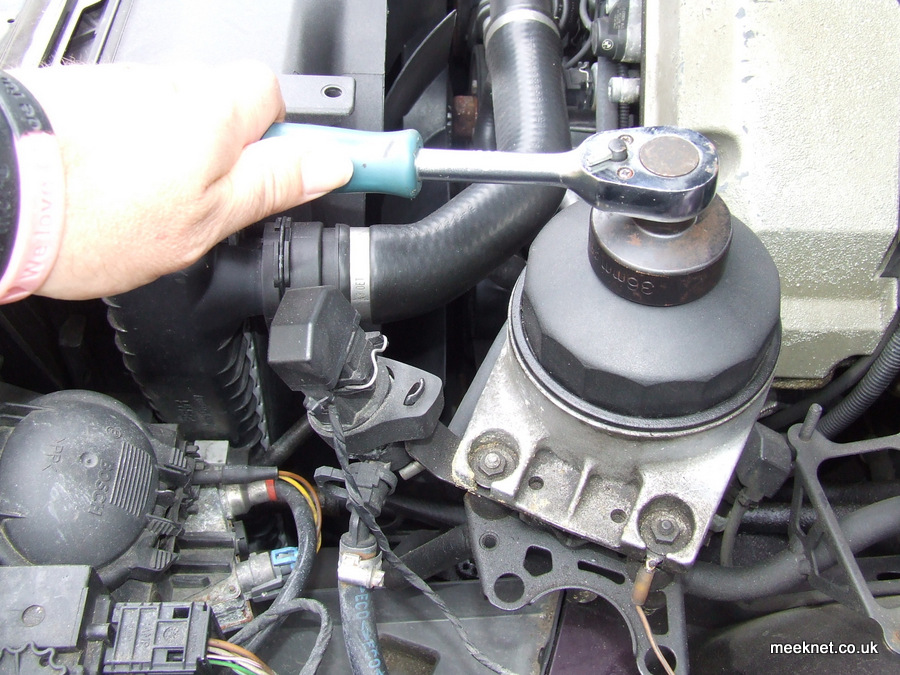 Get a container ready to plonk the lid and filter into as it is going to drip quite a bit of oil. Once the lid is clear of the canister, make sure the oil is draining and then carefully lift the lid and filter up and into the container. No pictures of this bit as I needed both hands.

The filter is held in the canister lid by plastic claws and needs a slight tug to remove it. Once separated, clean up the lid and then remove the large o-ring, clean the o-ring groove and then fit the new one: 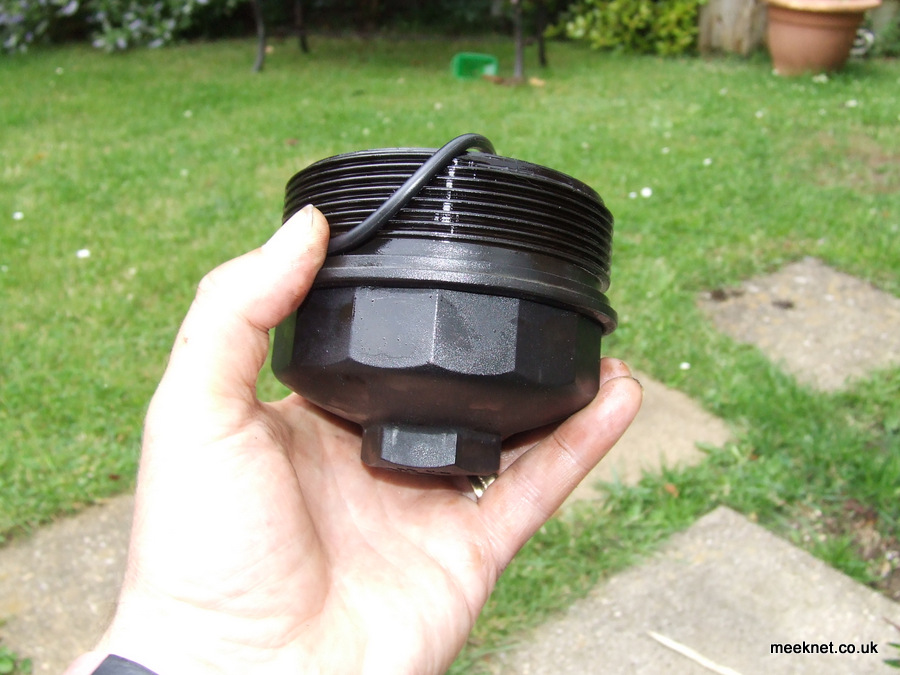 Lubricate the o-ring with a little engine oil and then poke the new filter in making sure it clicks into place: 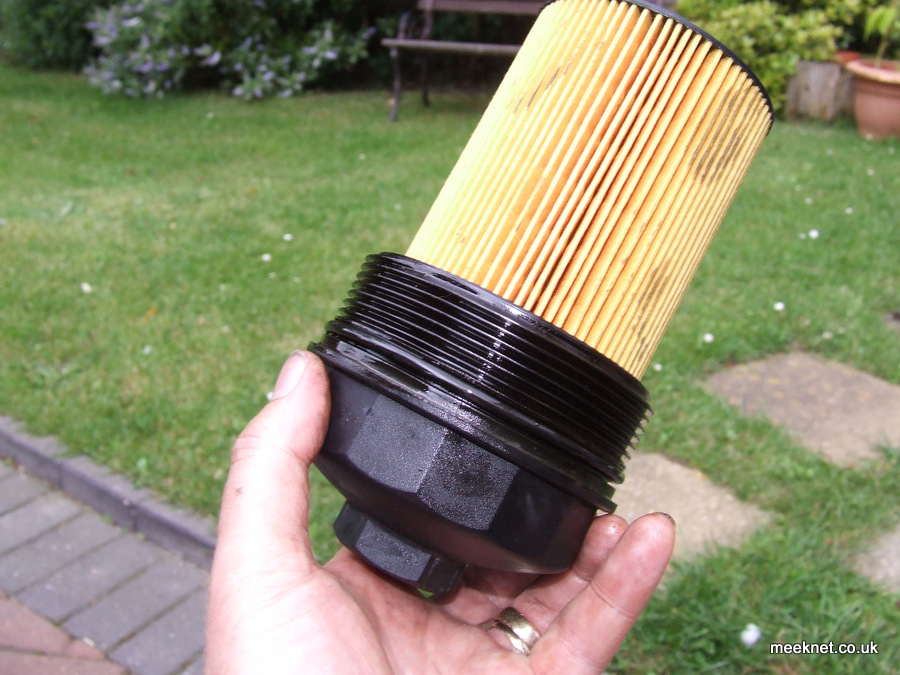 Make sure the oil has fully left the canister and double-check that you can see the valves at the bottom - sometimes (as happened to me this time), the bottom metal skin of the filter drops off and covers the valves and will have to be removed. Fit the new copper washer to the drain plug and refit. Do not over-tighten the drain plug, a short wrench will do the job:: 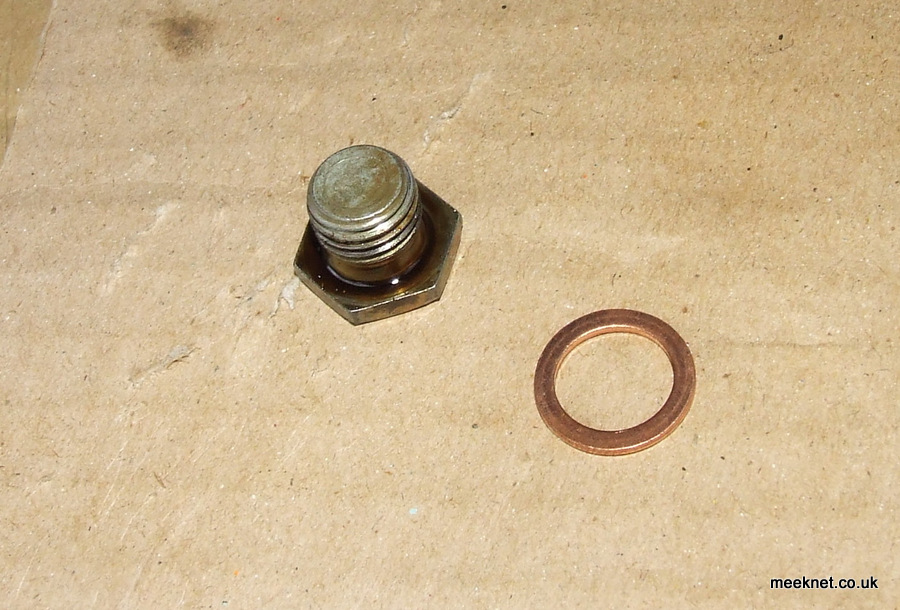 Refit the plastic sump cover and then screw the lid and filter into the canister:

As long as there is enough oil on the o-ring the lid will go on easily, the seal is between the o-ring, lid and canister and does not need to be tightened much at all - the short wrench I am using needs just a bit of pressure to reach the correct torque. Remove the oil cap, use a funnel and add 8 litres of lovely new oil - I'm using Magnetec today as it was cheap from Halfords. Refit the cap, clean up any spills and you are done!